Plagiarism
and the Arts

George Stromboulopoulos comments on the current lawsuit
by authors Wayson Choy, Sky Lee and Paul Yee against Chinese born author Ling Zhang – and points out some infamous examples of plagiarism including George Harrison’s song My Sweet Lord vs He’s So Fine by The Chiffons. 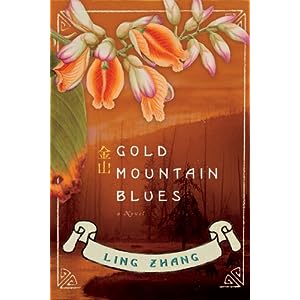 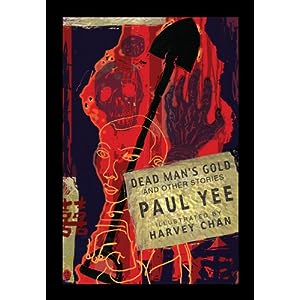 Here are some of the highlight’s from the article

Strombo points out that unintentional plagiarism still gets you in trouble.  There are videos comparisons of Harrison’s “My Sweet Lord” and “He’s So Fine”, as well as Cold Play’s “Viva la Vida” vs Joe Striani’s “If I Could Fly” which was was settled out of court in September, 2009.  Strombo also points out the successful lawsuit by the Isley Brothers against Michael Bolton, who had both released songs titled ‘Love is a Wonderful Thing’, only Bolton did it 25 years later.

More interesting are the literary references:

Teenager Kaavya Viswanthan, wrote a hit debut novel, ‘How Opal Mehta Got Kissed, Got Wild and Got a Life’ which was found to contain different portions of two young adult novels by Megan McCafferty.

Stephen Ambrose’s book ‘The Wild Blue: The Men and Boys Who Flew the B-24s Over Germany 1944-45’ was found to have copied full passages from six different books that had not been listed as sources.

If story “ideas” are proprietary, then Ling Zhang may be in big trouble.  Strombo points out that James Cameron had admitted that the idea of the Terminator movie was based on ideas from “a couple of Outer Limits segments”.  Author of the segments was author Harlan Ellison who settled out of court and had his name added to the end credits of the film.

Can it also be a coincidence that Paul Yee’s Saltwater City, Sky Lee’s Disappearing Moon Cafe, Denise Chong’s The Concubine’s Children, and Wayson Choy’s Jade Peony, were the 1989, 1990, 1994 and 1996 winners for the City of Vancouver Book Awards

Check out the listed examples of plot and character similarities that have been printed in news stories, from the Federal Court Statement of Claim

In grave danger, a young Chinese man is rescued and then cared for by a
beautiful girl, Kelora, of rare Chinese/ Native heritage.
Zhang Ling’s Gold Mountain Blues(2011), pp. 256-285

In grave danger, a young Chinese man is rescued and then cared for by a
beautiful girl, Sundance, of rare Chinese/Native heritage.

The Chinese man is old now. Full of regret for his long lost love, Kelora, he dies after a visit from her.

The Chinese man is old now. Full of regret for his long lost love, Sundance, he dies after a visit from her.

Wong Suk is disfigured after working on the railway. He rescues a white
foreman who becomes gratefully indebted as well as a good friend. When
the foreman dies, his son passes along a precious piece of gold.

Ah Fat is disfigured in a fight while working on the railway. He saves the
life of his white foreman. They become good friends over the years.
When the foreman’s wife dies, her will leaves money to Ah Fat’s son.

Fourteen-year-old Bing works as a houseboy for a white couple in Vancouver. He becomes a
target of white bullies, but his employer Mrs. Bentley rescues him.

Fifteen-year-old Kam Ho works as a houseboy for a white couple in Vancouver. He becomes a target of white bullies, but his employer Mrs. Henderson rescues him.

Hard-working Shek buys a farm while younger brother Ping hates farm work and goes to the city to gamble. Shek pays everyone but Ping. Ping is unhappy. Ping kills Shek.

Hard-working Ah Fat buys a farm while his son Kam Shan hates farm work and goes to
the city to gamble. Ah Fat pays others but not Kam Shan. Kam Shan is
unhappy. He disappears.