Here's an article by Allen Garr from the Vancouver Courier.
Allen came to the open house at Kogawa House on Sunday, September 17th.

The Courier has written some great articles about Kogawa House and followed the campaign to save the house from demolition.

pictures of Joy Kogwa with her childhood friend Ralph Steeves are on this web site and www.kogawahouse.com

We tend to value things more when they are
stolen from us. Quite ordinary things can become symbols of opportunities lost
or injustices suffered. The rare occasion when they are recovered is cause for
reflection and celebration.

The small bungalow at 1450 West 64th Ave. in
Marpole was such a stolen item. It has no particular architectural importance.
Most of the other houses like it in that neighbourhood were torn down years ago
and replaced by Vancouver Specials. But it has an enduring quality.

At the beginning of the Second World War,
the Nakayama family lived there: mom and dad with their daughter Joy and son
Timothy.

Then came the war and Pearl Harbour and, as
we all now know, hundreds of families like the Nakayamas were branded enemies of
Canada, rounded up and evacuated from their homes. The Nakayamas were shipped to
the B.C. interior.

Ralph Steeves says the day his “school chum”
Joy disappeared from his life, he came home from lunch to find his mother in
tears over what had happened.

His father, who headed a construction crew,
was dispatched to the PNE grounds. His job was to convert the horse barns into
stalls big enough to handle the Japanese-Canadian families until they were
packed out of town. Steeves says when his dad realized what he was being asked
to do, he walked off the job.

The small bungalow was sold for $1,400 and
changed hands several times over the years. Joy eventually became a writer,
married David Kogawa and moved to Toronto. But that building never left her
thoughts.

Once as a teenager she wrote to the owners
of the property. Could they tell her if the house ever came up for sale? She
received no response. During the '60s and '70s, whenever she managed to get back
to Vancouver, she would go by the house. There was a still a cherry tree in the
back yard, the one she remembered as a child.

In 1981, Joy Kogawa's novel Obasan was
published. It was a fictionalized account of her life in that house and the
years of displacement she and her family suffered through.

A decade later Kogawa was in the
neighbourhood again and, this time, she knocked on the door. The owner invited
her in for a tour.

Three years ago, a “for sale” sign turned up
on the house. It was about to change hands again. Kogawa and her friends held a
reading from Obasan in front of the building to say goodbye.

But it didn't end there. A year ago the
owners seemed intent on demolishing the building. The COPE council of the day
moved a motion to delay the permit for 120 days and allow The Land Conservancy
(TLC) to raise funds and buy the property. The building would be used to support
a writer in residence to produce works dealing with injustice.

The owner was willing to co-operate. Enough
money was raised. TLC now owns the property and last Sunday held an open house
to celebrate. I arrived to find a diminutive Joy Kogawa, glasses perched well
down her nose, leaning against a high table comparing notes with Shirley
Zawalykut.

Zawalykut drove in from Delta after reading
a Courier story reprinted in the Sun along with a photo of the house. “I told my
husband: That's my grandma's house.” Zawalykut lived there too when she was a
child in the '50s.

Then I met Steeves, who pointed to a scar
above his eye he got in a childhood game with his chum. He said he was mentioned
in Obasan as the kid who taught Joy to light matches and just about burned the
house down.

The cherry tree is still there at the yard
at the edge of the lane and it's in dreadful shape. It is diseased and split. A
week ago a garbage truck ripped off one of the few remaining healthy branches.
But a cutting was rooted and planted at city hall as a reminder of what was lost
and what has been recovered.

If you're in Vancouver on Sunday Sept. 24th, you can catch me at the Ricepaper magazine booth (2 – 6 pm) at Word On The Street,
Vancouver's Annual Book and Magazine Fair, on the street, Vancouver Public Library main branch.

If you're in Gibsons on Saturday Sept. 23rd, I'm reading at the first annual New Moon Festival of Asian Art and Culture.

All the best,
Janice 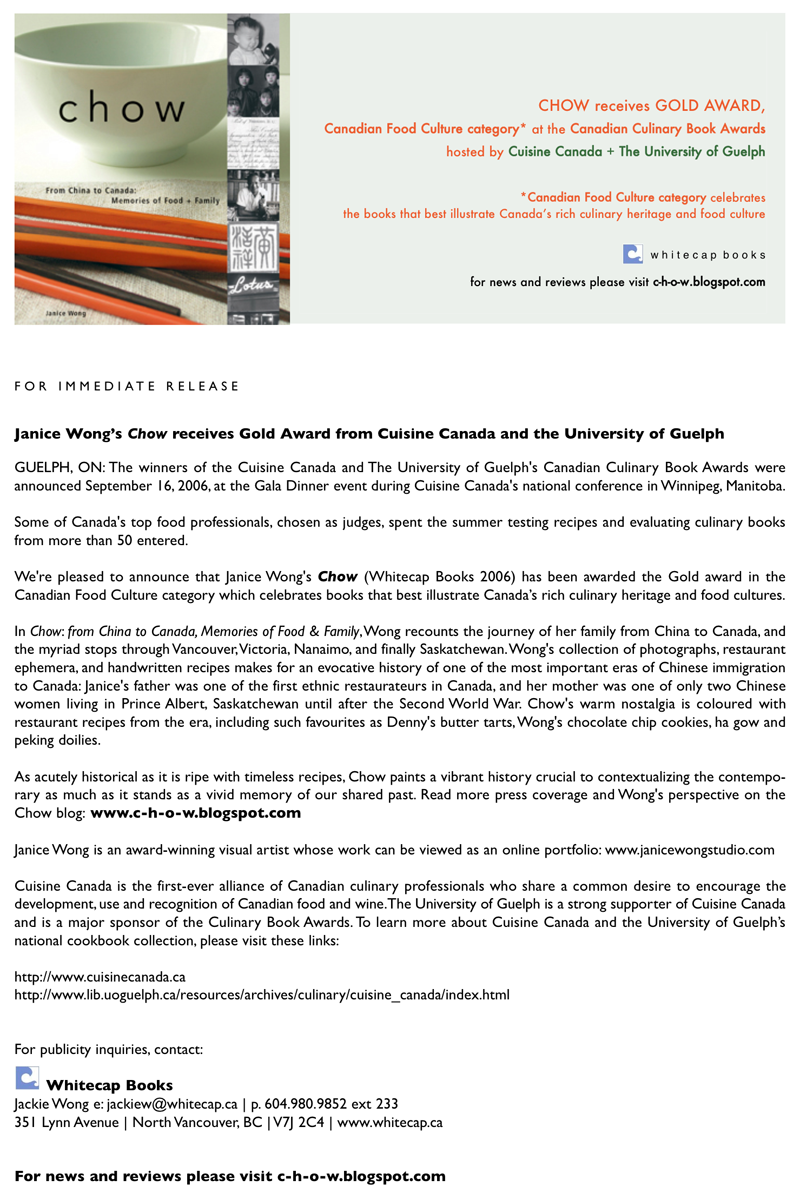 Joy Kogawa, brother Tim and friends outside the house (1940)

photographs posted on Flickr.com  –  click on the photograph for a larger picture Timeline of the house history from 1912, demolition threat, to grace – photo Deb Martin